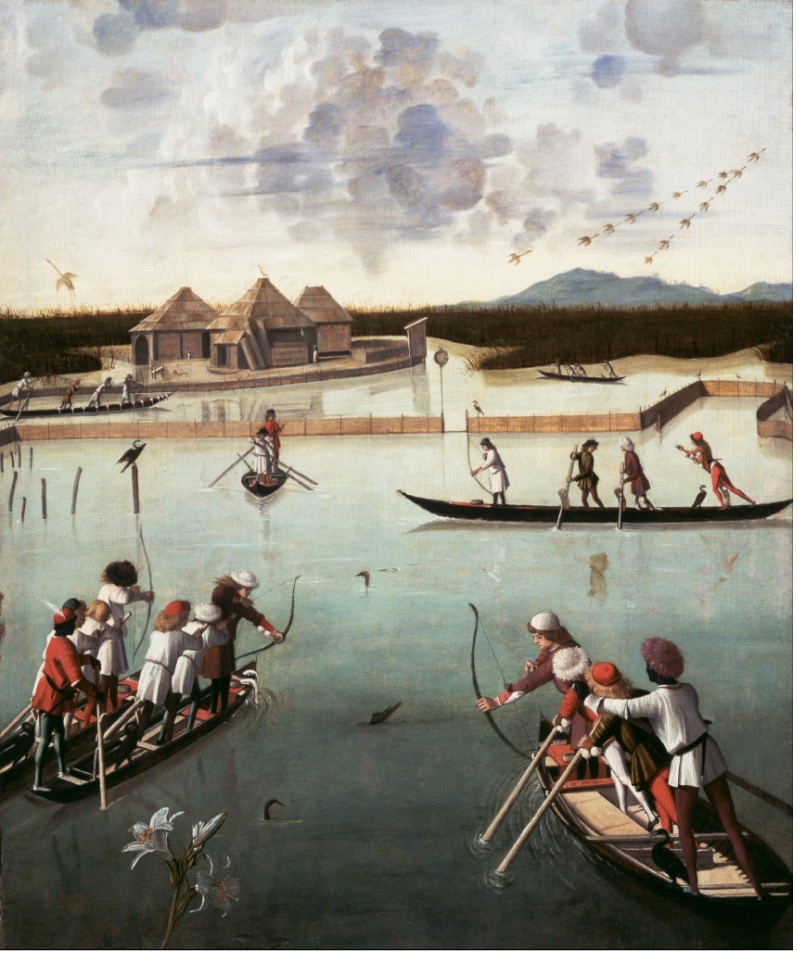 The Ca’ built by the Venetian patricians

The new alluvial lands, mostly made of marshes and reeds, were not very hospitable and were generally used for hunting, fishing and to produce chairs, baskets and construction racks. These lands were quickly and promptly sold by the Serenissima and purchased mainly by Venetian patrician families, through periodic public auctions, following their confiscation by the Republic from those who, legitimately or illegally, had occupied them. For nearly two centuries the Venetian Delta was almost exclusive property of these patrician families, so much so that even today some of these families are remembered by the names of many places: Contarina (Contarini), Donada (Donà), Ca ‘Venier (Venier), Ca’ Tiepolo (Tiepolo) etc. Venice was indeed spreading more and more into the mainland. From the fifteenth century on, from being a maritime republic Venice gradually became one of the largest states of the Italian peninsula. Given their nature, the new lands formed by the Po were particularly attractive to Venetian nobles who saw them as a long-term land investment. To control them, it became essential to create rural settlements linked to the manor houses, the Ca ‘: around these were thus erected oratories, furnaces, mills, all essential to the micro-communities that were forming around them. Although the Ca ‘of the Delta do not have the monumentality and artistic value of many Venetian Villas, they still have a dignity of their own that allowed the owners to mark the territory with their own image owed to architectural elements that are however distinctive.

We use cookies on our website to give you the most relevant experience by remembering your preferences and repeat visits. By clicking “Accept”, you consent to the use of ALL the cookies.
Do not sell my personal information.
Cookie SettingsAccept
Manage consent

This website uses cookies to improve your experience while you navigate through the website. Out of these, the cookies that are categorized as necessary are stored on your browser as they are essential for the working of basic functionalities of the website. We also use third-party cookies that help us analyze and understand how you use this website. These cookies will be stored in your browser only with your consent. You also have the option to opt-out of these cookies. But opting out of some of these cookies may affect your browsing experience.
Necessary Sempre abilitato
Necessary cookies are absolutely essential for the website to function properly. These cookies ensure basic functionalities and security features of the website, anonymously.
Functional
Functional cookies help to perform certain functionalities like sharing the content of the website on social media platforms, collect feedbacks, and other third-party features.
Performance
Performance cookies are used to understand and analyze the key performance indexes of the website which helps in delivering a better user experience for the visitors.
Analytics
Analytical cookies are used to understand how visitors interact with the website. These cookies help provide information on metrics the number of visitors, bounce rate, traffic source, etc.
Advertisement
Advertisement cookies are used to provide visitors with relevant ads and marketing campaigns. These cookies track visitors across websites and collect information to provide customized ads.
Others
Other uncategorized cookies are those that are being analyzed and have not been classified into a category as yet.
ACCETTA E SALVA